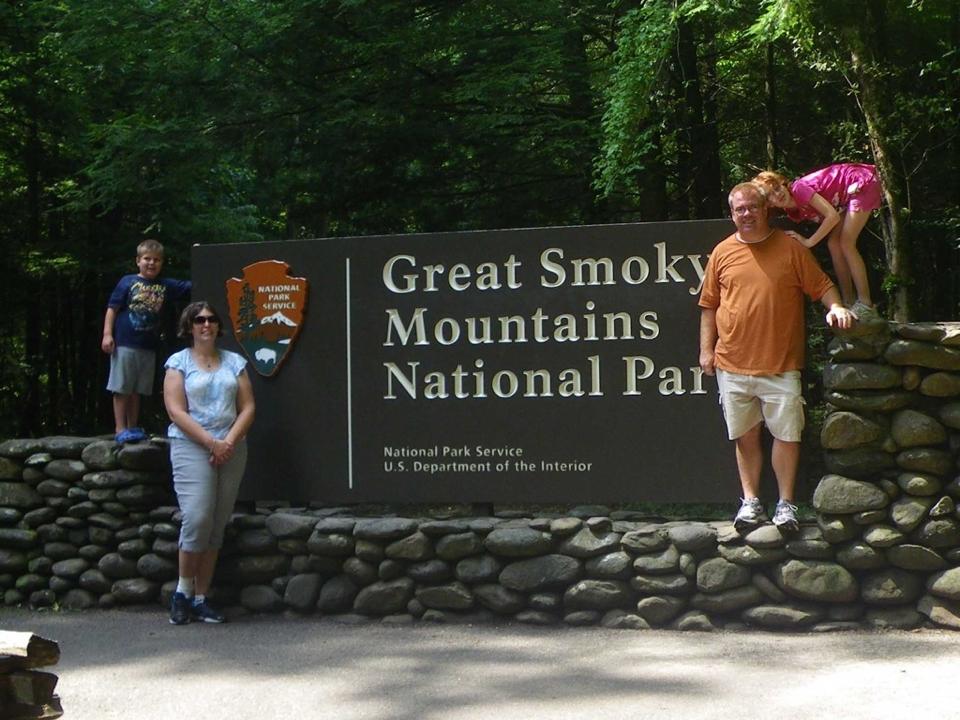 This past week we spent our family vacation a mile from Great Smoky Mountain National Park. We had a week of family time, swimming, hiking,creek stomping, fishing, gazing at the scenery, and go-karts.

Wednesday night, my parents offered to watch the kids so that Leilan and I could celebrate our anniversary (since we’d be driving Saturday). We were faced with the question of where to go to eat. Gatlinburg and Pigeon Forge are filled with “dinner shows” and national chains, finding a place for a quite dinner was not an easy task. Thankfully, we found the Smoky Mountain Trout House.

We arrived after the dinner rush to find the tiny restaurant with several open tables. The staff was more than friendly, the trout was delicious, and we had a great little vacation during our vacation.

On the morning of July 20th, we had breakfast with my family, took the kids to play in an arcade, and then took the photo by the sign. Then we kicked off our shoes and jumped in the creek. Happy Anniversary to us! 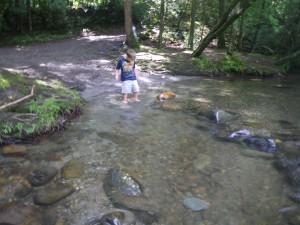 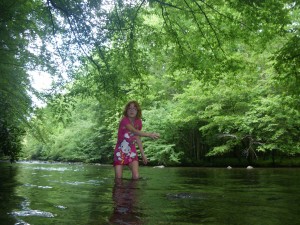 July belongs to our wedding anniversary. Every year, I post the same pictures from our wedding, because well, there are only so many to choose from. This year, I raided my Facebook account for photos of us.

One of the many things I love about Leilan is that he is always taking photos, and he’s always snapping pictures of the two of us. Sometimes, I roll my eyes, but secretly I love it.

I think he knows that.

Here’s to many more self-portraits, my love!

I don’t like cooking when it’s 90+ degrees out. It’s hot, it’s tiring, and while people need to eat in this heat, the hunger is different.

So, due to a perfect combination, I haven’t had to really cook since last Friday, I think.

Saturday night, I attended my 20th High School Reunion. I wrote about it on Persephone. It was a good time, and it involved a buffet, bar and fabulous dessert selections.

Sunday night, we picked up a roasted chicken at the grocery.

Monday we ate something, I don’t remember what it was. I know if anything, it only involved the microwave.

Tuesday night, we went to Victory Field, and had a yummy picnic, compliments of Family of Farmers. Victory Field is SUCH a fun place to be, and if you can snag free food and beer, well, it’s even more fun. The fox was in his glory, watch “the guys” and MaM learned that “the thrower” is called the pitcher. We made it through five innings, I think, before we had to call it a night.

Wednesday night we went to the pool at the gym after work/school/day camp and fed the kids at the snack bar. Technically, I did microwave food for Bgk and I when we got home, but I don’t call that cooking.

Last night, we celebrated our tenth anniversary with dinner at Shula’s. I knew it was football-themed restaurant, but really wasn’t expecting the menu on the regulation football. But hey, it worked. And I didn’t have to cook! (Actually, it more than worked. A delicious steak dinner, with my honey, in a quiet, well air-conditioned restaurant, sans kids? I won’t lie- it was amazing!)