Today I’m excited (and maybe nervous?) to share with you the Listen to Your Mother: Indianapolis You Tube channel.

Originally, I wasn’t going to read. Then a story started rolling around in my head, and I couldn’t not read. It’s never been published before, and until today, only the people at the show have ever heard it before. Here is my video, in all of its glory:

From there you can watch the rest of the show- from the tender heartfelt readings to the pee-your-pants hilarious. To catch all of the shows around the country, tune into the LTYM Show channel. It’s got it all.

A huge thank you goes to The Partnership at Drugfree.org Medicine Abuse Project for making all of our videos a reality. It’s their sponsorship that took each local video file and made it the sensation it will be on YouTube.

Read more about our video release at Listen to Your Mother: Indianapolis.

Well hello there. Long time, no blog, I know. This spring has been busy in the best possible ways.

Last night Judy and I saw our labor of love come to fruition- Listen to Your Mother debuted at the Indiana Historical Society. I was more than I could have ever anticipated. 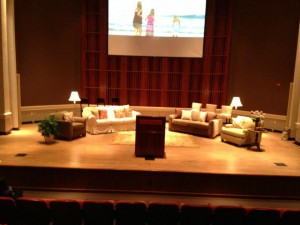 Fourteen of us got up on stage and shared our stories. I got up and shared my story. 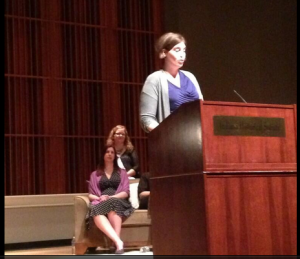 An audience member said as she was listening, she was weaving her life story between ours. That’s a deep thought. There was much hugging, congratulating, and talk of next year in the lobby.

WE did it. It was a very good thing. (There will be a much bigger write up on our LTYM site, with 100x more photos and details in the near future). 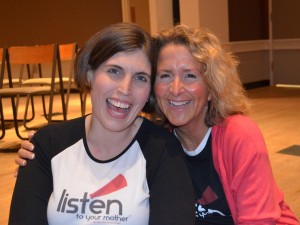 About Listen to Your Mother.

No, for real. Last night I had a dream that someone had secured her own sponsor for specifically her essay. Think product placement. It was weird. It was a good sponser- it was a chocolate company. Geneva Chocolate? Generous Chocolate? Something like that. And the whole thing was about how this particular chocolate was the best chocolate for moms.

I will be the first to admit that chocolate is sort of instrumental to motherhood- but we aren’t able to feature paid product placements in our LTYM essays.

So if you have a piece about motherhood- either about being mothered or mothering yourself, AND you’ve not signed an agreement for product placement in your writing, please submit it! Find all the details in this post about submissions!

On the outside chance that a local chocolatier is reading this, drop me a line– we are accepting sponsorship for the show, but we can’t read essays about your products.