We are wrapping up Spring Break here at McNally Manor – tomorrow morning the alarm gets set and the lunches get packed.

I didn’t actually take any time off from work this time around, but thanks to a flexible schedule and free wifi, we were able to fit in some fun (and at least a change of scenery for me).

High points included a quick trip to Trader’s Point (no, your school age kids really aren’t too big, honest), where the kids and friends climbed all over every thing and played some basketball, while I worked in their snack room with the free wifi.

We also made a trip north to celebrate a nephew’s birthday, and visit my grandma who’s hanging in there at 103.5. I heard some more great stories, including one where “Doris and I met these guys on the boat – we decided to go with them instead of where we were supposed to go…we would have gotten away with it had my cousin not told her mother who told my father.” Pure gold, I tell you. We also had a quickover night, complete with hotel swimming pool. 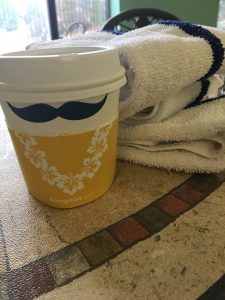 esome for many reasons, and one of those reasons is they can swim for HOURS. What I noticed this time is that while they continued to have jumping contests and hold your breath contests, they were also really swimming, not just dog-paddling everywhere. More on that later.

This week we also went to the library (computers for them, free wifi for me), got some RedBox rentals, hit a new-to-us YMCA, and the noon time free swim at Goldfish with friends.

Yesterday we visited the Exotic Feline Rescue Center, which was really interesting. I had no idea so many people try to keep big cats as pets, or operate “roadside zoos” or 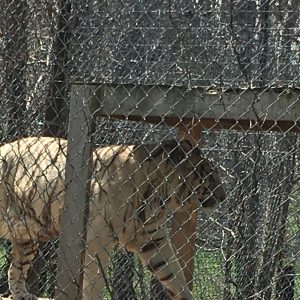 whatever. The kids loved it, and want to go back for one of the special events they hold throughout the year.  The tour was enjoyable and educational, and held everyone’s attention for the full hour +. Definitely worth the trip. 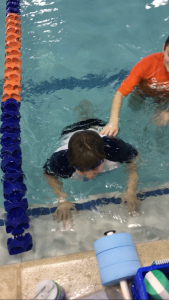 Today we finish up break with a recess from Sunday School,  but we attended our regular swim class/team practice. The fox LEVELED UP to Pro today! I am so proud of him – he’s been at the Star level for weeks (maybe months), and working hard on his dolphin kick and 4 min continuous swim. Today he NAILED it. He was beaming from ear to ear, and might have been gloating just a little when he told MaM he was going to catch her (he’s one level below her now- swim team is so close he can taste it).

And that’s a wrap on Spring Break 2017. Not the most exciting, but it was a good break in the routine, and my kids are one step closer to growing gills. I’ll take it.

If you’re thinking summer like I am, and you’re thinking your kids could use a swim refresher, check out Goldfish Swim School’s Jump Start clinics. They will be held between now and the beginning of summer, and will help get your swimmer pool-ready!