Whew! This morning came really early- Ann-Marie, Julie and I all headed downtown together before 6am to do the 500 Festival 5k together. We met up with Heather and Katy in the McDonald’s hospitality suite. I think it’s the earliest we’ve ever had such a gathering of Indy Geek Girls.

Each one of us was ready to do our best at the upcoming 5k. Before hitting the pavement, we had the chance to chat with some McDonald’s representatives, including chef Jessica Foust. She answered any questions we had about rumors and media coverage regarding McDonald’s food (read: there is no pink slime, there is only beef in the burgers, and chicken in the nuggets). She was lovely and gracious, and explained the scale on which McDonalds does things. When developing their menu and their food items, they need to keep in mind that they serve 27 million people a day. 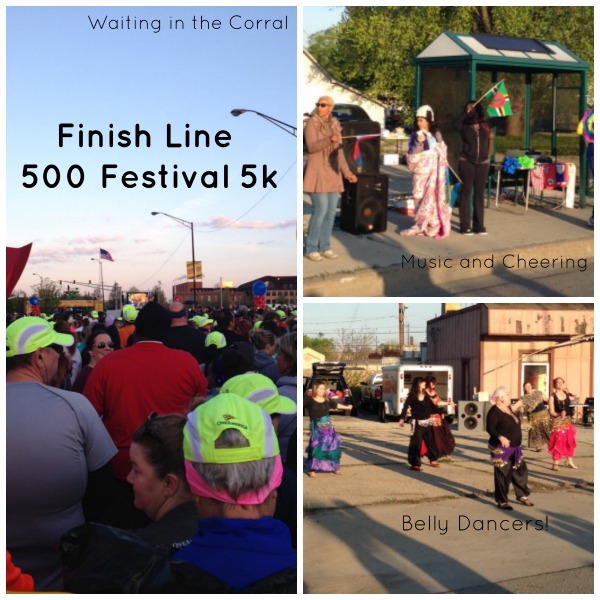 Years ago when I walked the whole 13.1, I always arrived at the after party as it was wrapping up. Let’s face it, it takes a long time to walk 13.1 miles, and by the time I was done, the after party was an afterthought. This morning though, we got the first bananas, the first snacks, and deliciously cold chocolate milk. We visited the McDonald’s sample trailer, and took photos all along the way.

Getting ready for this first 5k was a good way to start moving again. I’m now in the habit of getting several miles in several times a week. Today was my first official 5k after 40 but I know it’s not going to be my last.