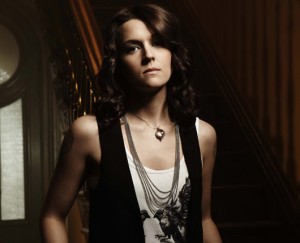 Recently, the One 2 One network hooked me up with the new Brandi Carlile release, Give Up the Ghost. I was excited to receive a download of this album, as I was familiar with her music from the Grey’s Anatomy, vol 3 soundtrack, which a I love.

When I turned on the album this morning, Junior started bopping in his booster seat while eating his breakfast. He clapped after each song. Glad he approves!

The songs vary in tempo and mood, from “That Year”, which is slower and more in line with “The Story” (from the Grey’s soundtrack), to “Carolina”, which adds piano and backup singers, and caused a good amount a seat dancing for Junior.

She’s been compared to KT Tunstall & the Indigo Girls, and  I would have to agree. If you like indie female music, this release is for you!

Give up the Ghost is available online and in stores now–give it a listen!