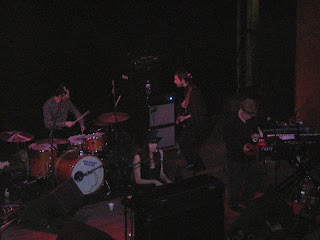 Back in the day, I’d go over to Broad Ripple on any given week night with my college roommate…it was the odd week when we didn’t see live music in some form or another. Fast forward 15 years, and well, live music has taken a back seat to…basically everything else.

So…when the One2One Network wanted to know if *I* wanted to go to Diane Birch’s show at *the Vogue*, I JUMPED at the chance. I snagged a good friend to come along with me (thanks, Kate!) and it was off to Broad Ripple, on a Tuesday night. A school night. It might as well have been 1994 all over again.
It was everything I had hoped for and more.
Diane Birch (go ahead, click on the link, listen to a song and come back) is a*m*a*z*i*n*g. Words that come to mind are: soulful, heartfelt, rich, and in a way, retro. Her band includes a trumpet player. She’s a preacher’s kid, and many of her songs have a hymn-like quality that really works. 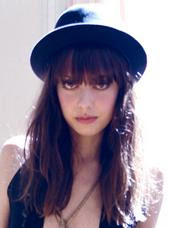 s a voice that makes you think she must be much older (and for some reason, much larger, in my mind) than she really is. In reality, she is teeny-tiny, and plays a petite little keyboard, bringing the house down….and her album hasn’t even been released yet.

Kate and I were both new to Diane before the show (listening to her songs on myspace this afternoon, to be honest)–but we have marked our calendars for June 2, when her debut album, Bible Belt is due to be released. The first single to be released will be Nothing But a Mircle (on myspace now)….keep an ear out!
Thanks again to the One2One Network for a fun night out and turning me on to a fabulous new artist!

3 Replies to “Diane Birch on a Tuesday Night”