Friday  the sixth topic for Grown In My Heart’s Adoption Carnival was announced…….racism. And I was stumped. I’m an adoptive mo

m to two kids who, well, look just like me and my husband. We didn’t plan it that way. We certainly didn’t request it. It just so happens that Jane and I are the same height. That Geoff and BgK have the same hair color. Our kids “blend” into our family so well based on appearance, it’s really by choice that we tell people they are adopted.

So racism doesn’t really come into play in our lives as a component of adoption. But of course, as a white family in midwestern Americana, I know racism does exist. Indiana has an awful history of racism and hatred. In my day-to-day life I don’t see it, but that’s because I’m white.

My daughter attends and I teach at a very nice suburban preschool. It is probably one of the most diverse private schools in the metro area, if not the state. My classroom is nearly 50% non-white.  Many of my daughter’s friends are children of immigrants. Children who visit grandparents in Pakistan, Kenya, New Zealand, India and South Korea. There are children who’ve been adopted internationally (and bi-racially). In central Indiana, this as diverse as it gets.

My son attends the daycare where Mam did. It’s very different from our little preschool, but his class is still nearly 50% non-white. His friends speak Spanish at home and English at the center. His first three caregivers were African-American, as are many of his playmates. I feel like my children have been exposed to as much diversity as we can get in the middle of Indiana.

Given that my children do see faces of people who don’t look like them on a daily basis, I’ve always sort of approached race by not approaching it–my thought was always not to point it out, and my children wouldn’t see it. Or they would see it, but they wouldn’t think much of it.

Then I read Nurture Shock. And realized I was wrong. The authors of Nurture Shock illustrate how children naturally sort and classify the world. If a group of children is divided by say, the color of their t-shirt, they automatically assume allegiance to their color. It makes sense. They further go on to illustrate answers children gave in regards to race, and how they do segregate the world by race, only they don’t talk about it because they’ve learned from their parents not to talk about it. Oh boy. I’m not explaining it well, but suffice it to say, after reading it, I feel like I’ve been doing a disservice to my own children as well my students.

Oh. My. Word. I have some explaining to do to my kiddos. I haven’t quite figured out how to talk to them about this, but I will. I have to. I’m their mom. If I don’t, who will????

Have some thoughts about racism? Link up at Grown in My Heart!!

Help support GIMH! Vote for our Room of Your Own at BlogHer!

Log-in to BlogHer and then vote as an attendee.(you don’t have to actually be going)

Like the rest of North America, with the exception of Vancouver, it appears, central Indiana is in the middle of the dead of winter. Snow days, school delays, snow, snow, and more snow….these have been the days of my life.

Even when the sun isn’t out, there is a terrific glare off the snow. I’m counting that as sunlight for my sanity.

So it’s only natural that summer dreams have been developing this week. Remember summer? Remember warm? Remember sunshine?

The gals at Grown in My Heart have made a plan for summer–we are going to BlogHer ’10 in NYC. We’d like to get a slot in the Room of Their Own program–where we’d be the panel and discuss the delicate nature of sharing your family life and reproductive challenges on the Internet.

If you have two seconds, please click through here, and vote for our proposal: http://www.blogher.com/room-of-your-own-10

You do need a BlogHer account, and once you’ve signed in, please vote for us. We’d appreciate it…..and if you’re going to BlogHer ’10, give a shout out!

Here are few flashbacks to a warmer, gentler time:

There is a little “thanks” that we say in preschool before every meal.

“We are thankful for the food before us,

We are thankful for the friends beside us,

We are thankful for the love among us,

My list is a long one. As I sit here in a warm house, cozy on the couch, typing on my laptop with two sweet babies asleep upstairs, it’s hard to know how to begin.

Since this post is for Grown in My Heart 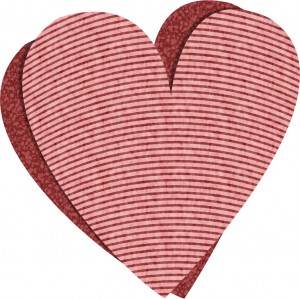 , a community I wouldn’t be a part of if it weren’t for the adoption of my children, I feel like I should start there.

I am thankful that we made the decision to adopt when we did–in the fall of 2004. I am thankful that all of our paper work came together (in hindsight) smoothly and quickly, for as we were becoming home-study approved, J was thinking about placing MaM for adoption when she was born. If we had been delayed, our profile book may not have been available that day in July when J went to consider prospective adoptive parents.

I’m thankful that J felt some sort of connection to us via said profile book. That there was some instant level of comfort between us. I”m thankful that she invited us to the hospital for the birth of both of the children. I am so incredibly thankful that both children were born perfect and healthy in every way.

I’m thankful that I’m sharing this parenting ride with @bgKahuna, the world’s most enthusiastic dad.

I’m thankful that because of the internet, I’m connect to so many more adoptive families than I would be if the internet wasn’t what it is today.

Want to link up? Join the carnival at Grown in My Heart!