In June, the Fox hit double digits with gusto and hasn’t looked back. All of a sudden, it seems, this kid is scholarly, more mature and more worldly than I was aware, Our last two family movie nights have been The Hunger Games and Catching Fire, because he’s read both books.

At school his class is finishing up their orientation to their Chrome books, and he’s walked me through a few things he can do with it. “Do you ever get off task and play games on your computer?” He looked at me like I had six heads. “Mom, this laptop is for learning, it’s not for gaming.” Oh. Alrighty then. At parent teach conferences he share his goal of being on the honor roll all year, and I can see no reason as to why that won’t happen.

Last week was IM week at Goldfish Swim School, and they swam the strokes in the order of the event. On the way home he dissected each one, and which stroke he likes the most, and which one he likes the least. After nearly two years at Goldfish, he’s approaching the “sport for life” phase of the program. He’s now a proficient enough swimmer that he’ll be able to swim laps for enjoyment and exercise for as long as he likes.

I can’t even imagine what life will be like when he’s in SIXTH grade (we’re not talking about the fact that M will be in NINTH by then).

We knew going into it August was going to be a whirlwind. We weren’t wrong.

First day of school – eighth grade and fifth grade.. MaM’s thirteenth birthday and her first rated PG-13 movie at the theater.  It was the first time I attended the Family of Farmers  State Fair day by myself. Trip one to Chicago to celebrate my sil’s fortieth birthday with our first taste of Korean BBQ and first time at family karaoke. Celebrating my grandma’s ONE-HUNDRED-FIFTH birthday, which was special and incredible and a day we’ll always remember. Our second trip north on for the month was our first visit to family in Wisconsin.

The Fox completed his twentieth month of consecutive swim lessons  at Goldfish Swim School, and held his own when kids challenged him to swim at the Y.  It was our third month of enjoying the neighborhood pool.

It was the first time for me to present at a digital marketing conference. I really enjoyed the experience, even though it was kind of all consuming the week of the conference.

And that was August. You understand if I don’t surface again til October, right? 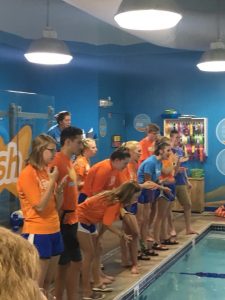 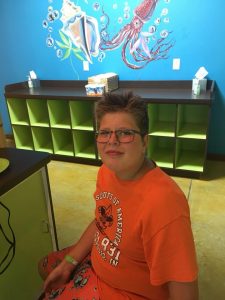 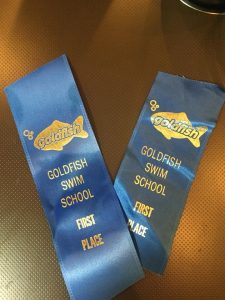 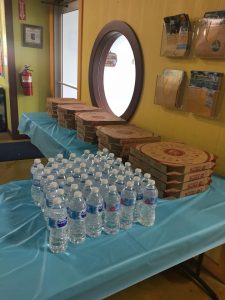