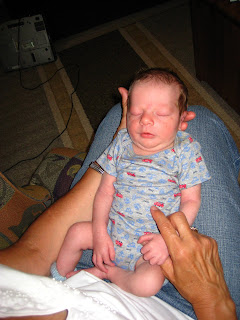 On the night he was born, we weren’t expecting him. We had him penciled into our calendars later in the week, scheduled c-section, just like his sister. Scheduled babies stick to the schedule, right??
Junior starting making noises that he wanted to join the big bright world on a Friday night (June 20), so Jane forwent her own birthday cake and headed to the hospital instead. Junior was born a few hours later, in the wee hours of the morning, on June 21st.
It was love at first sight. This boy, this boy who weighed less than seven pounds, won our hearts in mere seconds. 365 days and almost 20lbs later, he brings smiles like no one else. His sweetness is palpable.
Happy First Birthday, Sweet Boy! 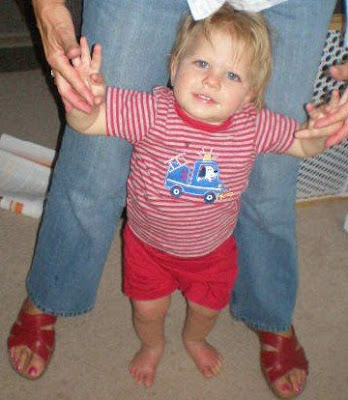 (and yes, he and Grandma often color coordinate)