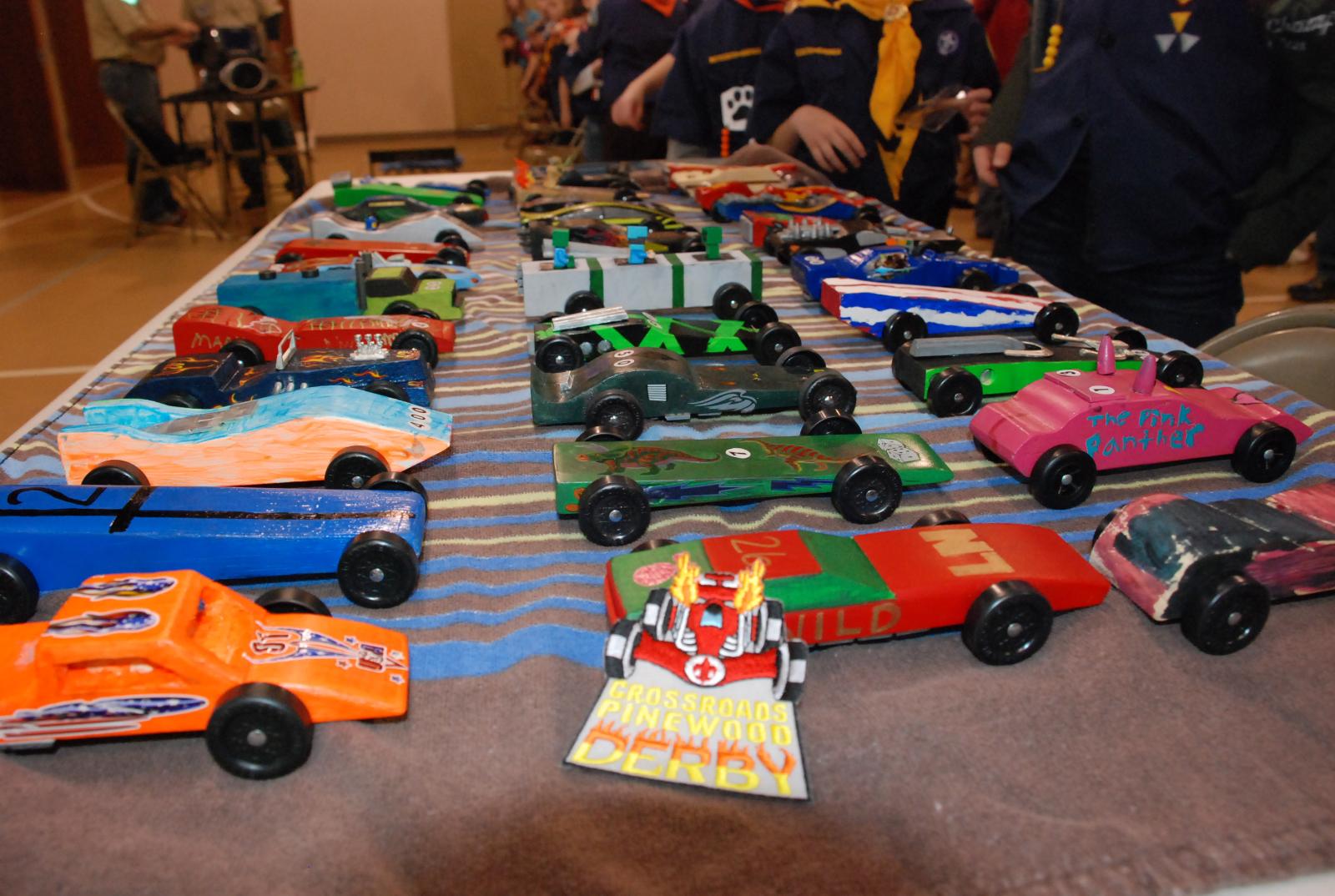 This season of winter, post holidays, is beginning to take shape. It’s been filled with selling Girl Scout cookies, making Pinewood Derby cars, and registering for summer camps. We’ve got 100 boxes of cookies in our living room, and three summer camps marked on our calendar. There’s also a retired Pinewood Derby car on the dining room table. 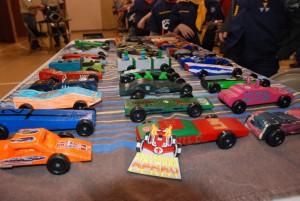 This weekend was the boy’s first Pinewood Derby- that annual Cub Scout event where parents and sons learn about woodworking, with some laws of physics thrown in for good measure. We got our kit after the holidays, Leilan went to the workshop on how to chisel this rectangular block down into a racing machine, and the boy gave input on the shape. We went and picked out some neon painted and Andrew had fun painting each side a different color. We added some weight to it, because apparently, that’s a thing. He lined up with his pack members and got his car weighed, and then the following day, he showed up to race.

Thirty-two boys were competing in a charted out race plan. Six boys per race (and one race of two), and an elimination process that involved scoring. Even if your car was last, you’d still get to race four times. The idea of multiple runs is a nice one, because after all the work that goes into the cars, it would stink to be eliminated right out of the gate.

During Andrew’s first race, his car didn’t quite cross the finish line. His face fell. During the second race, it didn’t fare any better. He kept his cool though, busying himself with a snack and a friend. When it was his turn again, he looked at me and said, “I’m not going to watch this one because I’m going to lose again.” Which is both insightful and at the same time heartbreaking to hear from a six year old who loves race cars.

He was bummed when he was eliminated, but he wasn’t surprised when it happened. He was fully aware that he was in last place- his car didn’t beat a single other car. Thankfully at this age, kids are self-centered enough to not really notice who loses- they really only care if they’re going to be eliminated in the near future or not. It’s a long two-hour event when you’re done in the first fifteen minutes. But he never once asked to go home.

He rooted for his friend, whose car had an easier time on the track, and he busied himself with taking videos of the race track (all that You Tube watching is good for something). When it was over, I found him playing with his car in the hallway, telling me to watch the stunts it could do. “You know mom, this isn’t really a race car. It’s more of a stunt car.”

He ran out to the van with almost as much enthusiasm as he did upon arriving, and my heart was more full than it was when we left home. He carried himself so well, rolled with the situation so maturely, and realized (maybe more than I did) that it wasn’t so much about winning or losing as it was about the experience.

It stinks to lose, and it stinks to not get what you want. It’s hard when it’s just the luck of the draw, and it’s harder when you see a situation that you can’t fix in any way. I think it’s doubly hard when you see it happen to someone you love, especially a six-year-old someone.

Of course there will be more lost baseball games and soccer games, science fairs where he doesn’t place and plays where he isn’t cast. There are going to be class elections he doesn’t win, and scholarships he doesn’t receive and colleges he’s not accepted into.  Hopefully Saturday gave him some experience in how to deal with life’s disappointments gracefully. And, like we told him after he was eliminated, there’s always next year…

4 Replies to “It’s Really More of a Stunt Car, Mom”